AEMFC's operations are based in Mpumalanga near Ogies on the Kendal off ramp which is 8 kilometers away from the Eskom Kendal power station and about 100 kilometers from Johannesburg.

The operations consist of an open cast thermal coal mine that is also about 12 kilometers from the newly built Kusile power station in the middle of an area commonly known as the New Largo. The AEMFC mine is known as Vlakfontein with a Life Of Mine at some 25 years and employs a total number of 300 people including contractors. Coal is transported by road to the Eskom Kendal power station.

The mine currently delivers less that 1 million tons of coal per annum to Eskom but has the capacity to deliver well over 2 million tons per annum at full capacity. The mine is operated on two shift system and employs mainly young people from the nearby Phola Township, although employee come as far as Witbank, Middleburg, Delmas and other surrounding towns. The production system is mining, crushing and screening without any washing.

Mine operations began in the second quarter of 2011. Vlakfontein has since then remarkably established itself as a safe, productive, environmentally friendly and profitable operation on which AEMFC will base its future growth as more bigger projects come on stream.

Driving on the N12 from Johannesburg towards Witbank, take the Kendal/Balmoral off ramp and drive towards Balrmoral. At about ±700m from the highway turn right at the intersection (with a white board to your right written AE Vlakfontein Operations). At a few metres away there's a T intersection, turn left and you will see two orange containers next to the gate (Security Container). That is the Mine entrance.

Driving on the N4 from Pretoria towards Witbank, drive past Bronkhortspruit take the Kendal/Ogies/Balmoral (R545) off ramp and turn right towards Kendal/Ogies. Drive straight towards Kendal. At about 500m before the highway (N12) you will see a gravel road (with a tarred triangle) to your left (with a white board to your left written AE Vlakfontein Operations) and turn left. At a few metres away there's a T intersection, turn left and you will see two orange containers next to the gate (Security Container). That is the Mine entrance. 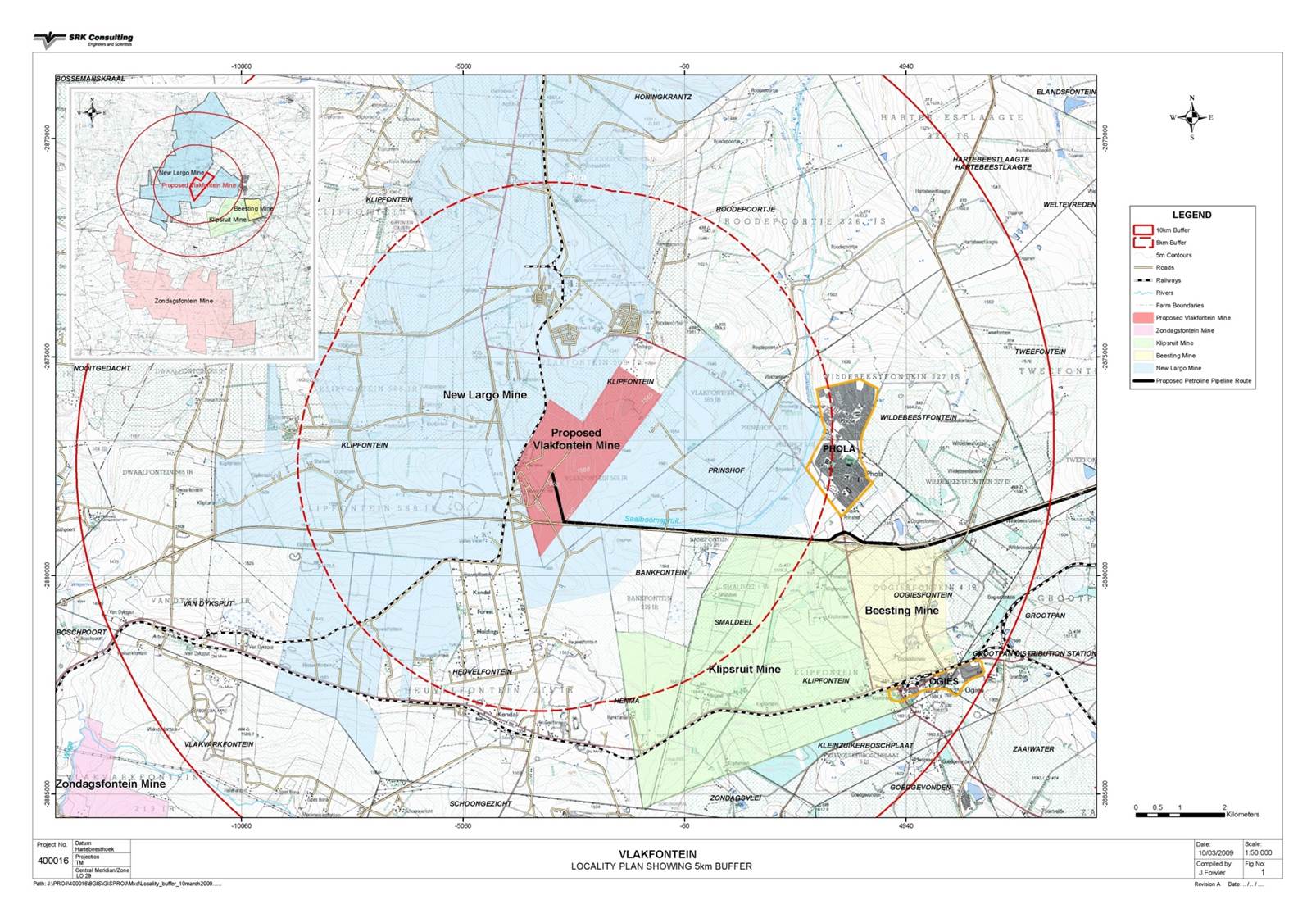